This poem is based on a short film by Keith Allott which records scenes in Leicester between around 10pm at night until around 7am the following morning during one day in January 2012.
The poem is an experiment in ekphrasis where the poem is written in response to the visual. It is though, at several removes from the original film as I have made a further ekphrastic focus images from the film and my memory of how the images relate to the whole. The poem is a visual/ verbal enactment of the process. I am keen to draw attention to the act of filming while at the same time presenting suggestive vignettes which may or may not have been present, or, indeed, intended, in the original. My poem cannot embody an experience/ stimulus which was initially visual and aural, i.e. not only in Keith’s film but in Dave’s Donau’s evocative soundtrack. This dimension needs to be taken account for appreciation of the poem and its making.

I invite and welcome comments in particular in response to the following :

* How far does the poem ‘work’ in the light of what I have said above?

* Imagine, if you can, the words without images? What predominates as a visual/ verbal experience in the writing?

* how, if at all, do words and images complement and /or contradict each other a) successfully b) not so successfully?

Thank you. Special thanks to Keith. It is still very much a work in progress

PS I have done this on an I-Pad using a WordPress App hence the general wobbliness and multiple-coloured fonts. All good learning curve:)

where nothing is silent

Play the game of where the filmmaker stood
made this gully of shadows
this canny slant orange lit set
its gilt frame windows
its begged question
who is out there, down
in this city street, that one,
Cultural Quarter?
Leicester or somewhere Italian
its art tipping out
towards people unfolding hands wet
cut clean felt-tipped
sex-smeared manicured.
Who let it slip in its jigsawed
passing pieces which camera
transmutes to burning paper
or burning users of public services
which from that angle the filmmaker misses

We flag down the headlights home
pissed out of our heads
bare arms, bare legs,
black and white at 6.30 am
at 10 pm in colour on buses

We track down headlights alone
in twos in groups

The queue ends outside.

The girl in the blue and white dress’s
day spills over
like her hair, a blonde shawl,
her ex said don’t cut
she drifts
from pavement to counter
from counter to last bus
her day overfull
unstoppable
flood flash flame

who are flagging down women

young men
choreographed
stride ahead of their shadows 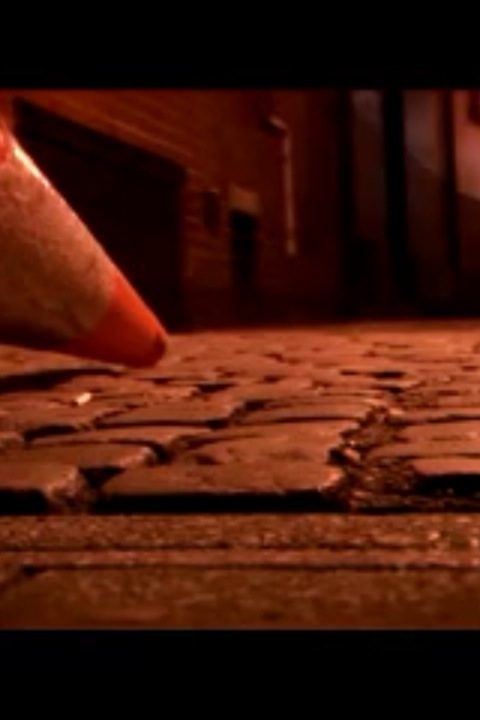 What angle ?
He walks past dark haired
woman in short white jacket and skirt

A pile, blue and white.

he wants to blame